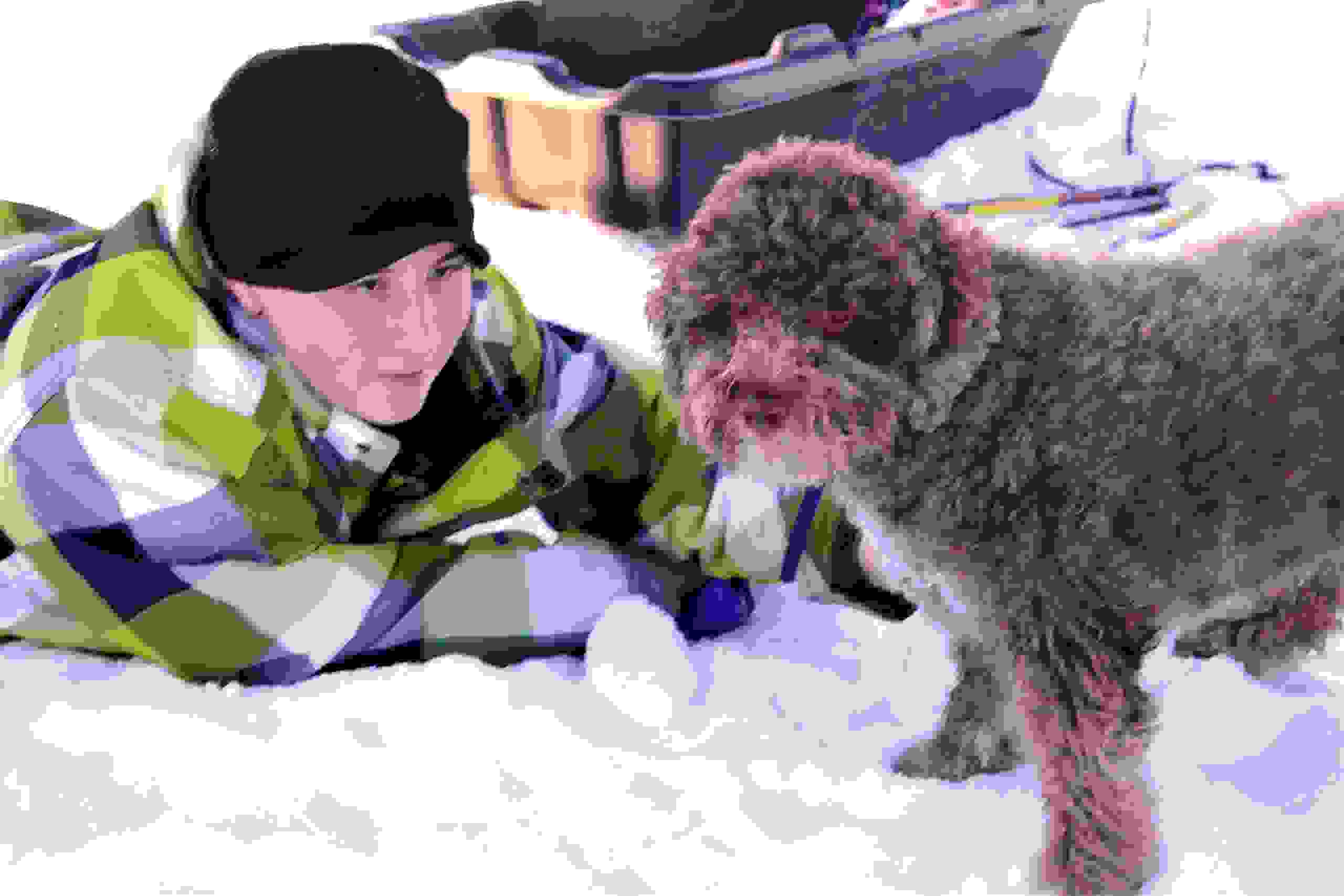 As a Lagotto breeder we hope you are intrigued by this wonderful, rare and ancient breed. With a non- shedding coat their general appearance is rustic, strong and well- proportioned . The Lagotto is a medium sized, versatile working dog having an instinct for retrieving and a natural gift for searching but also adept at agility, detection and of course hunting. They are loyal, keen, affectionate and easy to train. The Lagotto is an ancient breed of water retriever from the lowlands of Comacchio and marshlands of Ravenna, Italy. All modern water retrieving dog breeds are believed to have descended in part from the Lagotto Romagnolo.

Lagotto - A rare and ancient breed

A frescoe created by Andrea  Mantegna in 1456 depicts a Lagotto